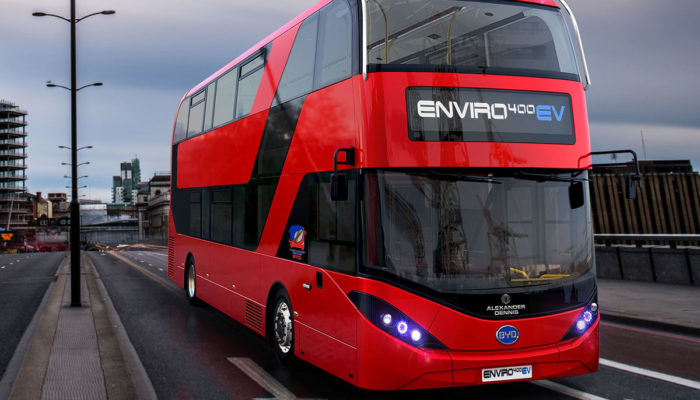 By Steve Stewart, Director of Communications at Stagecoach Group

Manchester is a lively city brimming with character. Built on the industrial revolution, the city is home to 510,000 full-time residents and a further 85,000 students who attend its four Universities. Manchester’s students are heavily reliant on the bus network to travel up and down the Oxford Road, which contributes hugely to the cities dangerously high carbon dioxide levels. In fact, there are nearly 2000 buses running in Greater Manchester. The city has been falling victim to increasing congestion, frequently gridlocked reads and emissions rising year on year. Its emissions were found to contribute to 1,200 deaths in the city each year alone leading to the city being named the most congested outside of London, with more than 150 of its roads in breach of legal NO2 levels.

The Council recognised that without coordinated action and radical behaviour change the transport-related air pollution and emissions would create serious health, environmental and economic challenges. The introduction by the Department for Transport (DfT) and Office for Low Emission Vehicles (OLEV) of an Ultra-Low Emission Bus Scheme (ULEBs) to mitigate the significant extra cost of these buses over standard diesel vehicles provided an ample opportunity to take affirmative action and implement meaningful behavioural change. Stagecoach took the lead in developing a successful bid for the city for funding; and a comprehensive review that formed part of the bid uncovered that of the nearly 2000 buses running in Greater Manchester, only 320 currently had environmentally friendly Euro V1 vehicles.

Stagecoach is committed to growing the business in a sustainable way and has the lowest fares of any major bus operator. The company was successful in being awarded one of Europe’s largest single investments in electric buses for Greater Manchester and won £6.9 million support funding from the ULEB Scheme. This gave the Stagecoach the green light for a new 32- vehicle fleet of zero emission buses and associated infrastructure. The new Enviro400 EV City Vehicles have a range of 190 miles and capacity to carry around 80 passengers.

The new e-bus fleet is expected to offer a 62% improvement in CO2 emissions over the latest low-carbon emission buses and save 920,000 litres of diesel a year and by 7% across the fleet. This will put Greater Manchester at the forefront of the drive to improve local air quality, ensure Manchester can remain as a lively student hub and enable residents to move around the city safely and in style.  Passengers on the buses will enjoy quick and sustained improvements such as on-board Wi-Fi, contactless ticketing and live journey information. And crucially, because it is being implemented as part of wider partnership proposals, the scheme will maximise the potential of the bus network to drive the Region’s economy and better connect its communities.

Stagecoach have initiated a sustainable urban mobility solution that will address the two challenges that were identified in Greater Manchester; addressing climate change and delivering clean air. By working in partnership with the Department for Transport, the funding has meant the plans have been greatly accelerated meaning the scheme can deliver even more significant greenhouse gas emission reductions.  By investing in technology as well as buses and infrastructure it will support a modal shift from private car to shared travel, greatly reducing the huge problem of congestion in Manchester. 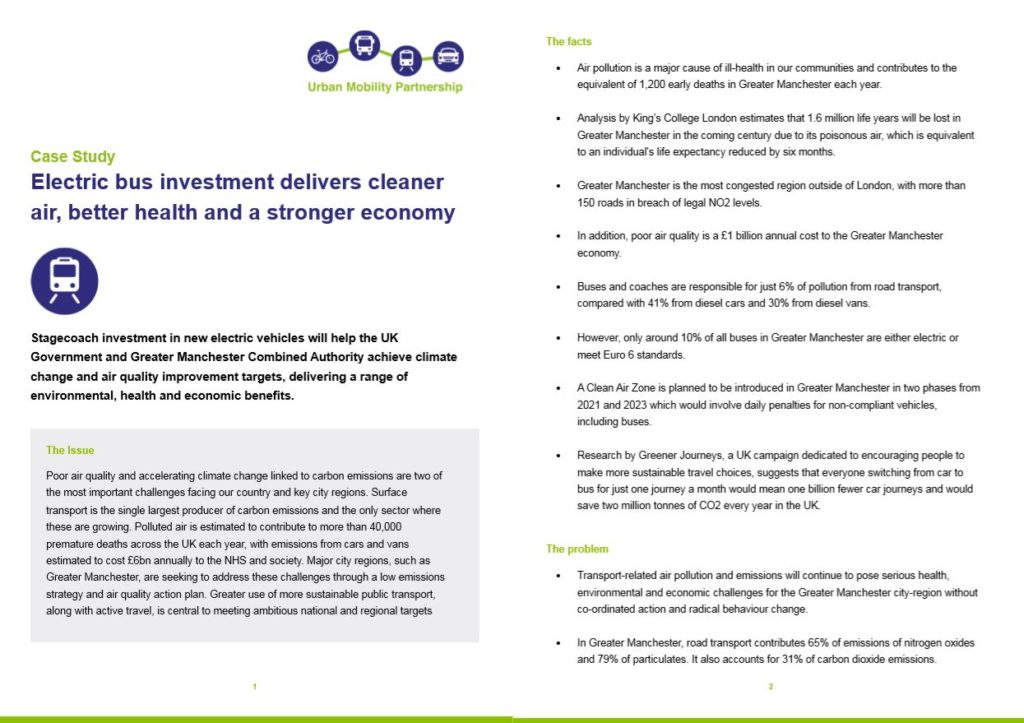